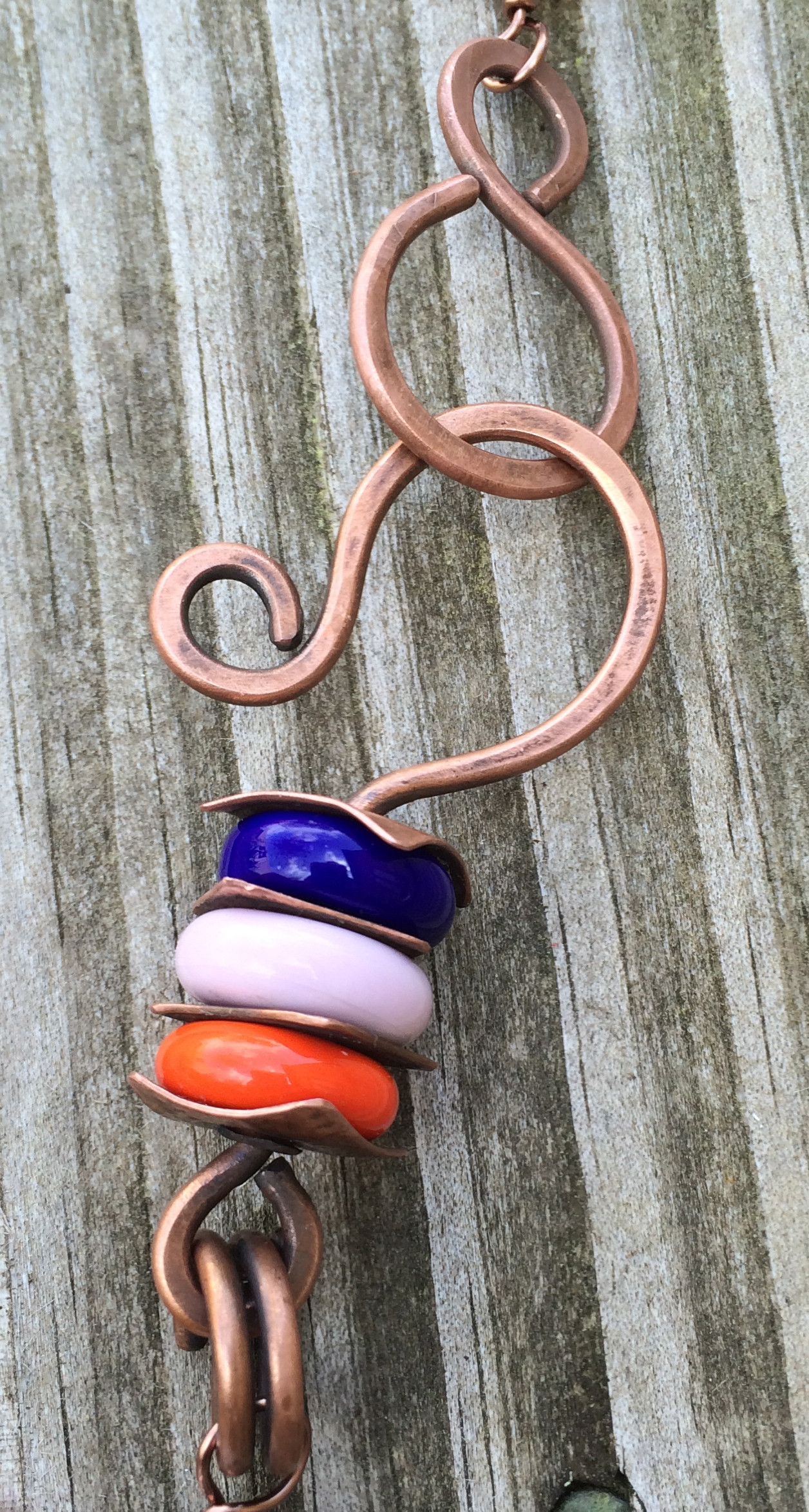 Recently I decided to make a big clasp with this wire I pulled out of my scrap bin.  But what a mess of kinked up wire!  Those bends would have to come out.  And while copper wire is soft, it’s still pretty hard to straighten or work with when it’s 14 gauge like this stuff. 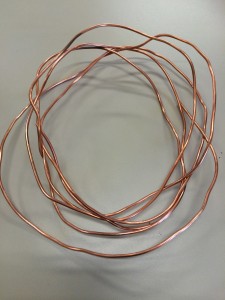 So, I cut off a piece to work with and hopped on over to the soldering station where I lit up my torch and annealed it.  Now it was nice and soft, but still bent. 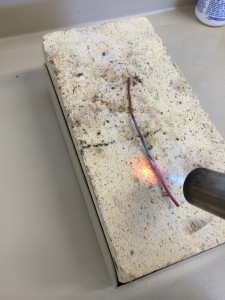 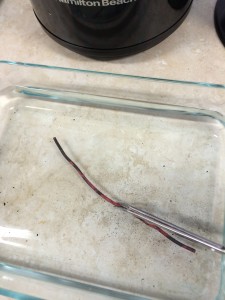 Next, I pulled out two bench blocks and began gently rolling the wire between the blocks.  WOW!  Perfectly straight results. 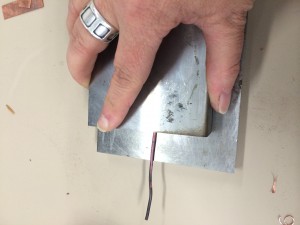 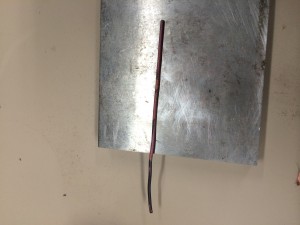 But it was still discolored from the torching so I gave it a bath in pickle. 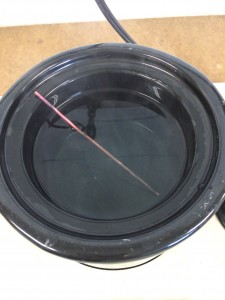 The straightened, cleaned wire shown next to the piece I cut it off of before working with it. 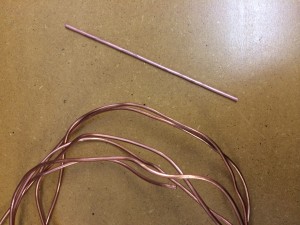 Copper Wire Before and After

Now all I had left to do was put some curves back into it to create this awesome clasp with riveted bead set! 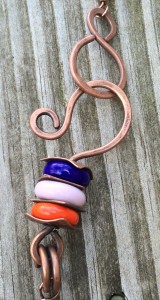 This was a fun project, and annealing and straightening made it so easy to get graceful curves out of that thick wire.  I added a little JAX patina to give the copper a brown sheen, and kept the satiny finish that was the result of the torching and pickling.

Another tip – you can use the two bench block trick to straighten head pins, too!

I would love to get your feedback – leave me a comment!